Diplomacy is a resource in the upcoming Stronghold Warlords game.

No lord was without engaging in diplomacy in a conflict.

Diplomacy is a representation of a player's individual significance, which is measured in points. It slowly increases over time, however building diplomatic buildings (like embassies) can produce diplomacy on their own as well.

Diplomacy can be used to purchase individual warlords' favour and support. It will not be lost on its own, if an embassy is destroyed.

To make a warlord a vassal, an initial sum of Diplomacy points must be spent on the warlord's interface. Granting a warlord's obedience will also void the previous superior's control, if applicable.

Afterwards, the warlord will provide a selection of commands, all purchasable for diplomacy. Each time an ability is to be used, a certain amount of Diplomacy is deducted and the warlord will execute it. Commands include small army reinforcements, shipment of goods and so on.

Initially, most commands are locked behind a minimum rank. The warlord can also be upgraded to increase its rank and open up more possibilities. 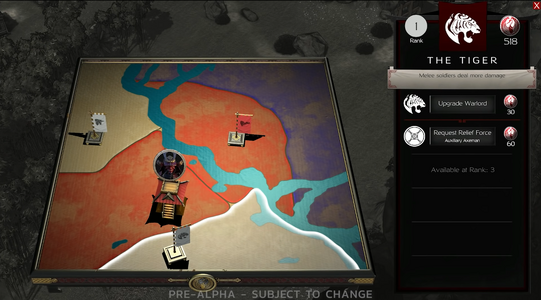 An overview of a Warlord
Add a photo to this gallery
Retrieved from "https://stronghold.fandom.com/wiki/Diplomacy?oldid=20336"
Community content is available under CC-BY-SA unless otherwise noted.