Firefly Worlds website
Stronghold 2 (SH2) is the sequel to Stronghold. It was initially released April 2005 by Take 2 Entertainment and 2K Games.

Stronghold 2 improves and retains a lot of concepts of Stronghold. Most notably, it is rendered in 3D, which brings a considerably newfound look and gameplay design, making unit control easier and gives a more realistic feel for the game. The game features two different campaigns in a different universe from Stronghold, as well as a select few others to provide gameplay diversity.

The Path of Peace is an economy-focused campaign that tests strategy rather than fighting skills. It also provides economic missions and a Castle Builder sandbox mode.

The Path of War is the main and backbone mode of the game. It features the Kingmaker single-player skirmish mode, fighting missions and the main story campaign, as well as a siege conquest to test a player's fighting skills.

Stronghold 2 allows for multiplayer battles on the Internet against human players. On October 5th, 2017, a Steam edition was published, replacing the defunct GameSpy Arcade service.

The War campaign defines the main storyline of Stronghold 2, which has been greatly simplified in the Peace campaign.

In 11th-12th century medieval England, the King mysteriously disappears, leaving the country without rule and descending it into turmoil. Among the chaos, a valiant knight called Sir William is poised to find his master at any cost, with Matthew Steele, a page on his side. While an influential warlord, Lord Barclay is keen on filling the gap in order, other participants show up over time unfolding their cards. The player commands Steele into William's campaign, eventually growing in rank high enough to be a player in politics.

Stronghold 2's 3D engine introduces a vast array of gameplay elements, most notably height, traversable water, and realistic physics. Most units have become sturdier but more expensive, as well as gameplay has a faster tempo. The defender has a general advantage in sieges, with a more diverse arsenal of engines and battlement mounts. A slightly different array of mercenaries also take a recurrence.

Castle management has become vastly more challenging and difficult compared to other Stronghold games. A secondary resource - honor - represents a player's advancement in rank, which is essential in order to recruit stronger units, gain land and promotion. Moreover, food and popularity systems were expanded as well: royal food is the primary source of honor, while everyday medieval nuisances (such as rats and crime) require containment in order to prevent a steady decline in popularity. 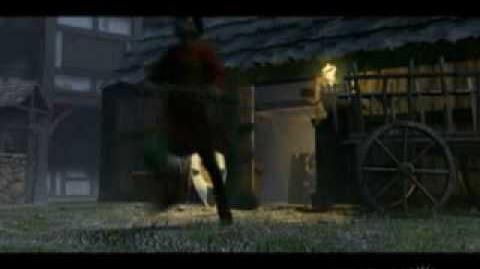 Retrieved from "https://stronghold.fandom.com/wiki/Stronghold_2?oldid=21915"
Community content is available under CC-BY-SA unless otherwise noted.